ManifesTunes – Make Your Own Happy

ManifesTunes is the empowering new musical project from songwriter, educator and healer, Jae Hart. For over 20 years she has helped both children and adults to find happiness by harnessing the power of their own minds. The Scottsdale, Arizona resident has a bachelor’s in Education from Northern Arizona University, is a certified clinical hypnotherapist and an accredited, certified EFT (emotional freedom technique) practitioner.

In 2019 Jae Hart set out to create a catalog of motivational songs for manifesting a healthy and happy life. ManifesTunes was born. The project pairs simple, upbeat music with lyrical affirmations to create an infectiously positive vibe.

As of this writing, ManifesTunes has released sixteen singles. Jae Hart’s vision has already connected with tens of thousands of listeners around the world. The project has over 10,000 monthly listeners and has been added to over 100 playlists on Spotify.

The simplicity of the ManifesTunes mission has resonated with listeners. With song titles like “Goodbye Weight,” “My Love” and “Release the Fear“, Hart taps into the emotional hurdles we all face every day in this angst-ridden world. Lyrically the songs match their descriptive titles, each providing a universally relatable first-person pep talk about life, love and prosperity

Stylistically the songs range from quirky alt-pop (“Anxiety Free,” “Spreading Peace”)  to feel-good reggae vibes (“I Forgive Easily,” “Fall Asleep Easily”). Indie-pop/rockers encourage success (“I Am Wealthy”) and healthy living (“Nicotine Free”). Disco funk grooves provide a self-confidence boost on “I Am Worthy” and a victory high-five on “I Got the Job.”

There are quieter moments, as on the pop ballads “I Am Beautiful” and “I Am Healing.” Emotional piano pieces build to lush orchestral arrangements. Then ManifesTunes ups the tempo and takes it to the dance floor on upbeat antigen-free honky-tonk pop/rockers “I Am COVID Free” and “I Am Cancer Free.”

We had the chance to chat with Jae Hart about ManifesTunes. Check out her answers to our 6 questions. Listen to the music below. You can also hear the song “I Am Worthy” on the Deep Indie Dive playlist, or listen on your favorite streaming service.  Follow the links at the end of this article to connect with ManifesTunes and Jae Hart. Get in the loop, and feel better. 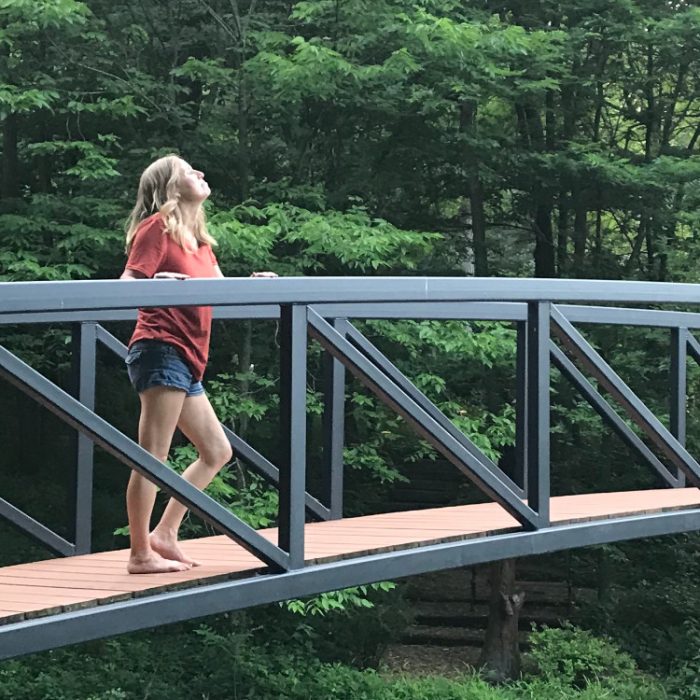 I have lived in Arizona since I was 12 years old. I now live in Scottsdale.

All of them were independent contractors, not to be named. But I am thankful to all of them for offering their talents to the projects.

ManifesTunes was inspired by my inner journey to healing. Positive affirmations were a vital part of my self-love and acceptance. One day I decided to create positive affirmation songs for myself. After I completed the first song I thought maybe other people could use this tool as well and that’s where the journey really began.

I decided I wanted to create simple yet intentional music using positive affirmations for the lyrics pairing it with upbeat music it just seemed like a great way to get us to that happier, healthier life that we are all desiring because when you are singing there is no time for the mind to chime in with negativity.

I believe this project is being guided by a higher source because I knew very little about music. I have no musical background. I pretty much just knew what kind of music I liked and didn’t like. The idea that I became a songwriter and now have 15 songs produced is pretty crazy.

This music has nothing to do with me. It’s only about the intentional lyrics, the music and helping people to get connected with who they really are and what really matters most. The sole purpose of this music is to release fear, negative thinking and things that are keeping us from having inner peace. It would bring my heart such joy to know that these songs were helpful for people to shift to a more positive way of thinking and have more grace and love for themselves.

I hope to continue writing and producing positive songs.

I think there should be a new category for music – Self Help.

I create self help songs.