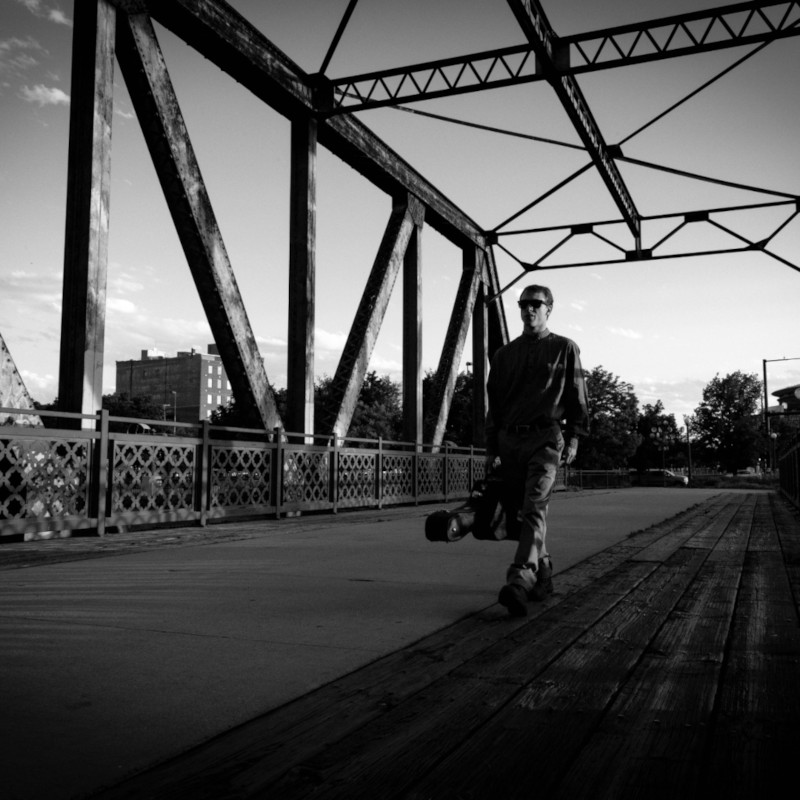 Royce DeZorzi is an emerging independent Americana guitarist, composer and producer making his professional solo recording debut in 2022. Currently based in Colorado, the musician’s creative journey has taken him across the country and through numerous chapters of an already eventful life.

Born in Annapolis, MD, Royce DeZorzi grew up in a military family. They eventually settled in Augusta, GA. After the untimely death of his musician brother, a young Royce inherited his sibling’s guitar. With the encouragement and assistance of a friend, he eventually learned to play. Music would become his constant companion.

As an adult Royce DeZorzi moved west to work on Colorado farms and play his guitar in the mountain air. In 2017 he moved to Denver. There he continued his musical exploration and played in a series of bands. Now as the guitarist prepares to move on to a new adventure in Nashville, he delivers a parting love letter to his adopted city.

Denver is the debut solo album from Royce DeZorzi, released worldwide via all major streaming services on September 1, 2022. The record is a 13-song collection of authentic and soulful solo acoustic guitar performances. This is mountain music written and recorded in the Mile High City. It is a place where folk, blues and country come together to create music that is distinctly American.

There’s a real Jorma Kaukonen/Hot Tuna-style delta blues vibe that runs through the record. It comes on strong on songs like the title track, the mellow “Always With You” and “Country Girl”. However, Royce DeZorzi builds upon that foundation, adding depth to his pieces with forays into multiple genres.

From the timeless melancholy melody of “My Eyes Won’t Stop Crying” to the melodic jazz complexity of tracks like “Angel,” Royce DeZorzi weaves the sound of multiple traditions into a singularly unique and cohesive style. This is the sound of one man alone with his guitar and about two hundred years of history behind him. It’s a great listen.

Check out the video for Royce DeZorzi’s “Iron Shackle” below. You can also hear that track on the Deep Indie Songwriters playlist and the beautiful “Buttercup” on the Deep Indie Chill. Or listen to the entire Denver album on your favorite streaming service. Follow the links below to connect with Royce DeZorzi. Get on his socials and join him on this music journey.