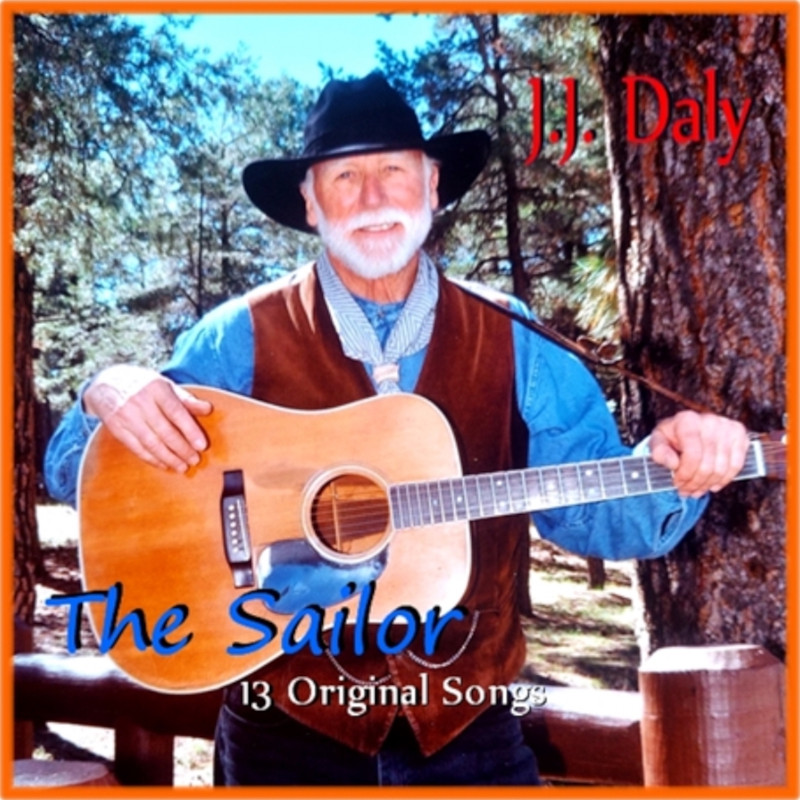 J.J. Daly is a singer, songwriter and road warrior musician who has spent the past 50 years telling stories. He’s traveled all across the United States with guitar in hand. Along the way he has rubbed shoulders with legends and connected with fans around the world.

I was addicted to the life... and touring was a big part of it.
J.J. Daly

After cutting his teeth at coffee house open mics in the historic folk scene of the 1960’s, J.J. Daly built a reputation as a consummate singer/songwriter. He was known as a staple of the Taos, New Mexico music scene throughout the seventies and eighties. He has shared the stage with legends like Townes Van Zandt and John Denver and shared a joint with Neil Young. He even appeared in the movies, as an extra alongside Oscar winning actress Angelica Houston.

Nashville was calling for a while. Recording and publishing deals came and went. Through all the twists and turns of his career, J.J. Daly wrote songs. And as he moved from town to town he would stop at studios along the way and put them to tape.

The Sailor‘ is the brand new solo album from J.J. Daly, released worldwide via all major streaming services on September 1, 2022. The 13-song collection is a compilation of tunes recorded over a 30 year period, from 1988-2018. The set is a showcase for the timeless talents of veteran song man.

Listening to The Sailor is like digging through a box of a new friend’s old photos. We listen as J.J. Daly pines for a distant lover on the melancholy title track, and then bids a welcomed farewell to another on the irreverent country/folk tune “You Still Look Your Best”. We’re with the singer as he contemplates life as a dog (“If I Were a Dog”) and reluctantly acknowledges the passing of time (“Is It Forever Already?”).

Stylistically the record lives in that Laurel Canyon space, somewhere between folk, pop, country and blues. As the record progresses, each track leans a little one way or the other. For instance, the bluesy “Late for the Train” has an “Exile on Main street”-era Stones vibe, while witty country romps like “Take My Mind” brings the great John Prine to mind. “Home Sweet Home” is a nice duet with Gram Parker & Emmylou Harris vibe.

The supporting cast on The Sailor is varied and spans 30 years. Although some songs feature full band arrangements (“Meadowlark”, “On With the Show”), J.J. Daly and his acoustic guitar are the sonic anchors and spiritual pulse that beats throughout the album. sit at both the sonic and spiritual centers of each track.

Check out The Sailor below, or listen on your favorite streaming service. You can also hear the song “Late for the Train” on the Deep Indie Songwriters playlist. Follow the links below to connect with J.J. Daly. Get on his profiles and dig into a rich musical legacy.