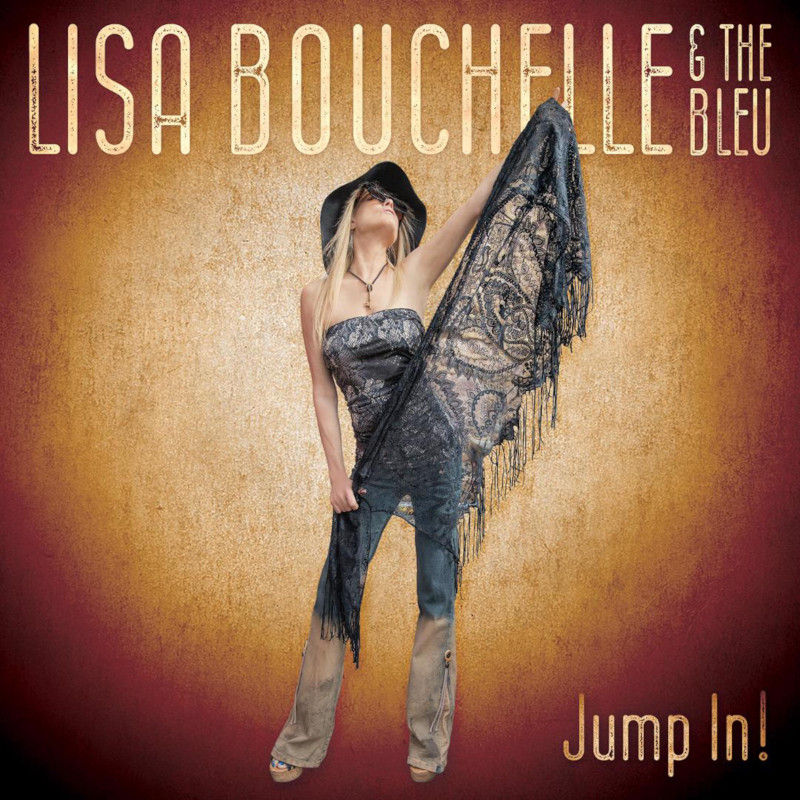 Lisa Bouchelle is a genre-bending singer/songwriter who has spent the better part of the past decade topping indie charts and rubbing shoulders with the legends of stage and studio. On August 27, she dropped the latest album Jump In! From the record’s rollicking and inspirational title track to upbeat pop anthems like “Love is For The Making” and emotional ballads like “I Believe”, Lisa Bouchelle serves up a rich and fluid collection of pop, rock, country and americana nuggets.

Critics and fans alike have given Jump In! two thumbs up. The album’s aforementioned title track has already reached #21 on the Billboard A/C Indicator chart. Relix magazine named Lisa an On The Rise Artist, and American Songwriter Magazine called the album, “An invaluable message of positivity and uplifting inspiration… that’ll get stuck in your head for days.”

Jump In features contributions from superstar special guests like G. Love, Mike Schmid (The Chainsmokers), Tommy Kessler (Blondie), Hal B. Selzer (Joan Jett & The Blackhearts) and many others. Lisa Bouchelle recently released three bonus tracks to celebrate her current tour with Squeeze Co-Founder Glenn Tilbbrook, including the focus track “Waterproof,” which was inspired by her journey with Type 1 Diabetes.

The album follows her 2016 EP Lipstick Tomboy. That record led to millions of streams online, and some dream gigs in the real world alongside the likes of Jon Bon Jovi, Jason Mraz and The Boss. The singer even has her own hit Philly-based TV cooking show titled “Rock Star Kitchen”.

Check out Jump In! in its entirety below, or listen on your favorite streaming service. You can also hear the song “Love is For The Making” on the Deep Indie Songwriters playlist. We had the chance to chat with Lisa Bouchelle about the new album. Read her answers to our 8 questions, below. Follow the links at the end of this article to connect with the artist. Get on her socials and get in the loop. 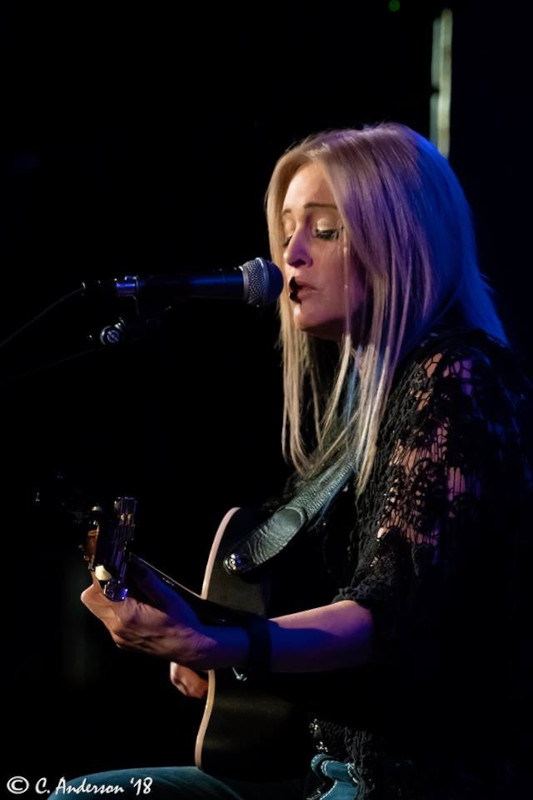 Lisa Bouchelle: I’m from the central New Jersey/Philadelphia area. And as I started performing more and more, I spent a lot of time at the Jersey shore as well.

Lisa Bouchelle: I can’t remember when I was wasn’t singing and then writing songs. I started singing at a young age, because in my house there was a lot of arguing. When I was 4 years old, I entered a talent show at a campground during a family trip. I was the smallest performer in the show, so they lifted me up to stand on a picnic table so the audience could see me. That was my first real ‘stage’! When I sang “America the Beautiful” on that picnic table, everyone clapped and cheered, and my parents were smiling and getting along with each other. I won the contest, and my folks seemed so happy. It was like my song brought everyone together. So after that I sang as much as I could, because I felt I was keeping the family together.

I still often perform live four or five nights a week, honing my craft. I always try out new songs and road test them at live shows before taking them into the studio. I always say, I didn’t choose music, it chose me. I still feel blessed to have a career that brings people ‘together’ to enjoy the music.

Lisa Bouchelle: On my latest album, Jump In!, I had the opportunity to have a lot of my musical friends help out. Since most of it was done during the pandemic, a lot of them were actually free, since touring had shut down.

The title track, “Jump In!,” which reached #21 on the Billboard A/C chart, had G. Love playing harp on it. I had met him when I did a tour with Donavon Frankenreiter, and when we needed a harp player, he seemed like the perfect guy. The song also has Tommy Kessler from Blondie on guitar, and Hal B. Selzer from Joan Jett & The Blackhearts on bass.

The song “Love Is For The Making” was a collaboration with Mike Schmid, who plays with the Chainsmokers, and also with Miley Cyrus. He added a unique electronic element to my acoustic sound.

I recorded a powerful ballad called “I Believe,” which is about believing on one’s dreams, and it’s a song very close to my heart. I wanted to do it as a duet, so I asked Constantine Maroulis, the American Idol and Broadway star, to sing it with me, and I love the way it came out and the way our voices meshed.

I did a modern rock version of the classic song “Fever,” which I had been doing in my shows for years, and we got the amazing Joel Hoekstra, who plays with Whitesnake and the Trans-Siberien Orchastra, to add some guitar on that one.

Other great musicians that were a part of the recordings included Rob Hyman from The Hooters, Shawn Pelton from Saturday Night Live, Bobby Bandiera and Lorenza Ponce, who both toured with Bon Jovi, and Peter Mayer and Doyle Grisham from Jimmy Buffett’s band. We even used a gospel choir on one of the songs. I am blessed to have had so many amazing artists contribute their unique styles and sounds to Jump In!

Lisa Bouchelle: The bittersweet nature of life itself, with its ups and downs, has been a big influence on my music. No matter how different we all are, we all go through good and bad times. I think music can transcend our differences and bring us together for a while. It’s very powerful. It can make our experience here on Earth more enjoyable. I love being part of that. No matter how bad things might seem, music has always been a friend I can turn to!

Lisa Bouchelle: Probably these crazy times in the world! This album is a collection of songs with a lot of positive vibe. Many of the songs about overcoming adversity, believing in oneself. And then there’s a bunch that are just plain fun as well, because in good times and bad, we need to sometimes live in the moment and enjoy life.

The sound combines a lot of my musical influences, from classic rock to modern production, featuring some interesting sonic ear candy to enhance to intent of the each song. I also do an acoustic song on it featuring just me and my guitar. But even the full production songs are based around the groove I lay down first with my acoustic guitar, and then we build around that. That way, when playing them live with my band the songs sound great, but they can also be stripped down to my vocal and acoustic guitar and still work really well, the way I initially wrote them.

Lisa Bouchelle: I will keep writing songs, and singing and recording. I adore live performance and enjoy touring, so that will surely be in cards. I’m actually just finishing up a tour with Glenn Tilbrook, the iconic lead singer of Squeeze, and it was great to travel to different areas of the U.S., meet so many different people, and get to hear such talented musicians night after night.

I also host a TV Show called Rock Star Kitchen, which I’d like to keep doing. We have well known musical artists come on the show and chat and cook their favorite dishes, and then do a “kitchen table jam” with me. It’s a last, and I’ve gotten to play and sing with some amazing people, ranging from Foreigner and Lita Ford to Tonic, Candlebox. And even Chubby Checker, who taught me to do the twist on the show! So much fun!

Lisa Bouchelle: Look for me on the road, or get in touch with me, I love connecting with people, especially musicians. You can find out where I’ll be on my website, www.lisabouchelle.com, or follow me on social media (links below).