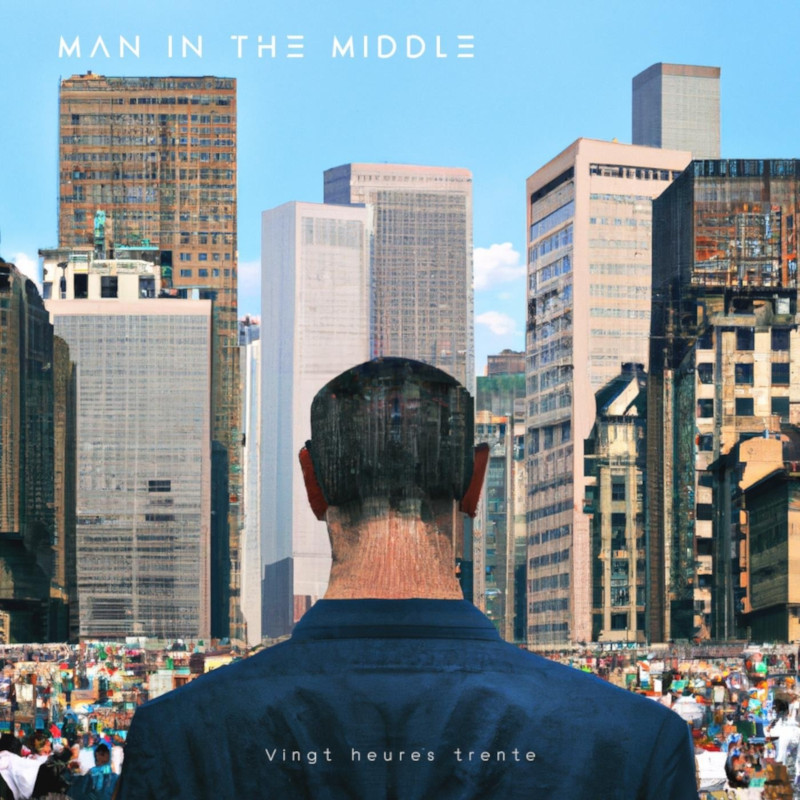 Vingt Heures Trente is an emerging independent electronic artist and producer who is making his professional solo recording debut in 2022. The Paris-based composer prefers the transient sounds of classic analog synths over the sonically sanitized electronics of modern day pop and EDM. There is a warmth to his sound that you can only get with that vintage gear.

Man in the Middle is the debut EP from Vingt Heures Trente, released worldwide via all major streaming services on October 15, 2022. The record opens with the ambient trip-hop vibes of “40”. Percussive synths paint the periphery with arpeggios and even play a funky improv solo.

“Middle” continues the ambient moods with a broad and beautiful Brian Eno-esque soundscape. “Alone in the Crowd ” uses found sounds and creative sampling to build a lonely groove, while haunting vocal samples and synths dance on the horizon. “Random Thoughts at Night ” closes the record with some of its most experimental, and most beautiful moments. The song’s early industrial rumblings eventually settle into a dreamy and otherworldly scene.

Check out “Man in the Middle” in its entirety below, or listen on your favorite streaming service. You can also hear both “40” and “Random Thoughts at Night” on the Deep Indie Chill playlist. We had the chance to chat with Vingt Heures Trente about the new record. Check out his answers to our 8 questions below. Follow the links at the end of this article to connect with the artist. Get on his socials and join him as he embarks on this new phase of his musical journey. 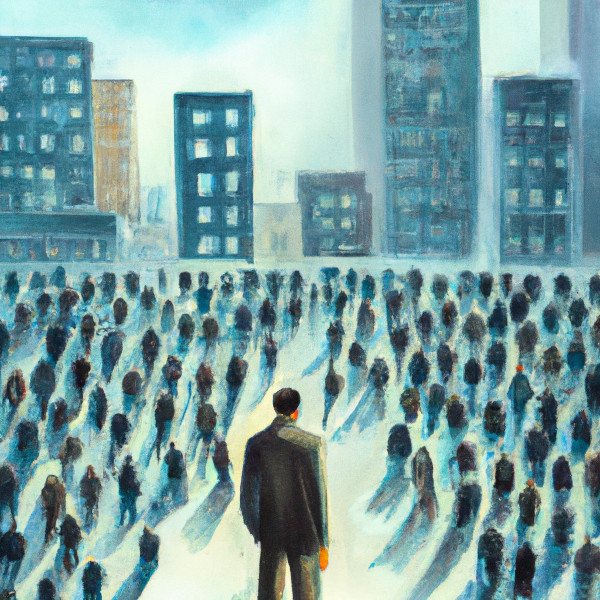 I was born, raised and currently live in Paris, France.

I have been playing with analog synthesizers for 25 years or so, as a hobby. I added a modular synth to my rig 3 years ago, just before the covid crisis. That was the inspiration for the EP. Vingt Heures Trente is my first serious project.

Only myself, altough my mastering engineer was involved very early in the production process and provided very valuable feedbacks on the mixes which I consider to be an integral part of the artistic side.

I was exposed to Jean-Michel Jarre’s music when I was very young, and it had a very strong influence on my tastes. I am influenced as well by other trippy yet melodic electronic artists such as Air.

However, I tried to refrain myself from making too obvious references to them in my music such as using the same sounds or chord progressions. But there are definitely some respectful nods here and there.

I’d mention Max Cooper too for the very thoughtful approach of his music and the way he stitches music and images. Of course, I am also very interested in the work of artists from the modular scene such as Hélène Vogelsinger for instance.

I grew up in the 80s in France and spent a lot of time in front of the TV. So I have a lot of childhood memories linked to what I saw and heard and especially stations visual identities and shows credits.

CGI and digital sounds started to become mainstream but still shared the screen with hand drawn animation and analog synth sounds. It was at the same time trippy, quite experimental, and a bit melancholic as well.

The name “Vingt Heures Trente” (half past eight PM) came from this, as it was the time the prime time shows started on every channel in those days. This is now long gone.

I started to imagine the project when I turned 40. As I reached the middle of my life expectancy, I started to question myself about what it meant to find a balance between what I was hoping for when I was a kid and what I could realistically achieve as a grown-up adult. So, the idea of reaching an equilibrium between one’s urges and what one can really expect emerged, not only from an introspective standpoint but as a person in a society as well.

And the conclusion I found is that whatever you do or are, you’ll always be caught in the middle in some way. But it is not a bad thing. The difficulty is to adapt and find a personal balance that works, even if it is precarious.

I will focus on the visual part of the project since the songs were composed to be accompanied by images, and perhaps start a YouTube channel with music of course, and some technical videos revolving around modular synths. I’d try as well to release one or two singles in the next coming months.

Besides, I’d like to do something in a live setting with just the modular synth in a foreseeable future.