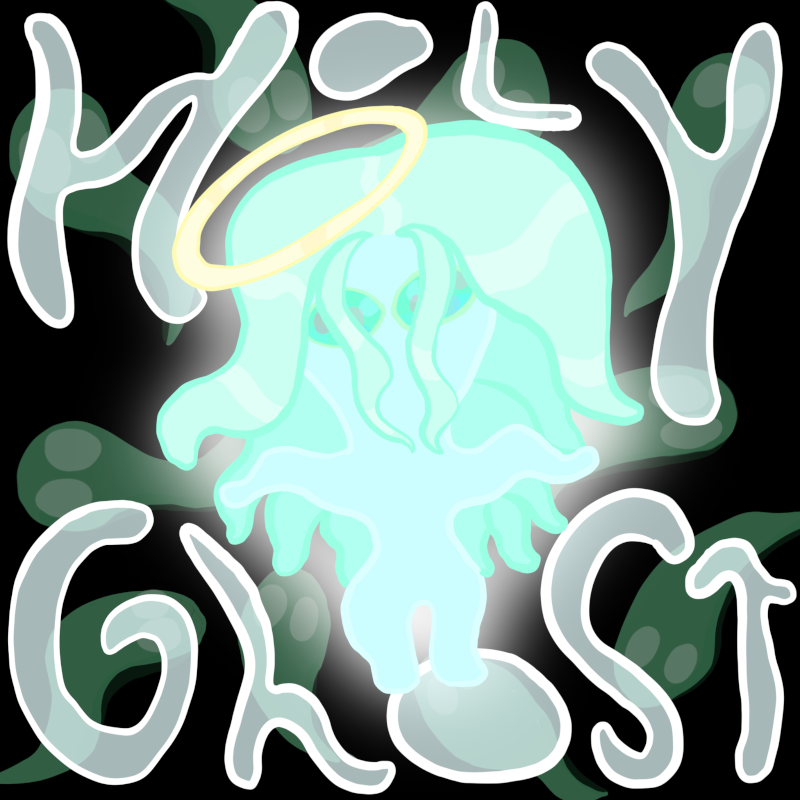 I started #12months12songs as a motivator to remain productive, creatively, throughout the year. The idea was not just to write new material, but also to finish some diamonds in the rough. I have dozens of unfinished tunes in the vault. Some are nearly completed songs while others are little more than cool beats with little or no other instrumentation. ‘Holy Ghost‘ sat in limbo somewhere between these two states for a couple of years. Maybe longer, who can tell? 🙂

The track was originally intended to be accompaniment for some lyrics my friend Corrine wrote. As such, early file names were all some variation of the word ‘Sharks’ (the title of Corrine’s lyric). That project never materialized, but I always dug the beat. So it lived on in private playlists that were never heard beyond the confines of my car on the daily commute to work.

Anyway, when I started this new project I knew Sharks was on the shortlist. Resurrecting the original tracks was the trickiest part. I have used a few different DAW programs over the years. This particular beat existed in both Acid and Protools. However, I now do everything on a Linux workstation so I had to port the audio over to Ardour.

This process was nearly identical to the one I went through for February’s track ‘ Low Tide Funk’. Like that song, once I had ‘Holy Ghost’ ported to Linux, I replaced almost everything. LOL. I kept the trip hop drum loops, but that’s about it. At the heart of the tracks is that crunchy synth bass line. It comes from an old soundfont called ‘Bass Jam’. I have no idea where I got it. I’ve had it for years. Anyway, the original track was basically the same as the bass track on the final, but it was sloppy… the timing was all messed up. So I cleaned it up. Then I added keys, guitars, and a bass guitar (it doubles the synth bass).

I was planning to add vocals, and even wrote lyrics. I then decided I hated them. ?. So the tune became an instrumental. I like the one line, ‘we are each our own Holy Ghost.” So I found a program called eSpeak which turns text into speech and used that to record the one vocal line. I figured, if a robot did the talking then it was still technically an instrumental.

Anyway… I mixed it, mastered it, and released it to the world.

… I should probably write about those processes soon. I will do that. But this post is long enough. More soon.

… next post will tell the story of the video which features the artwork of my incredibly talented daughter, Lela