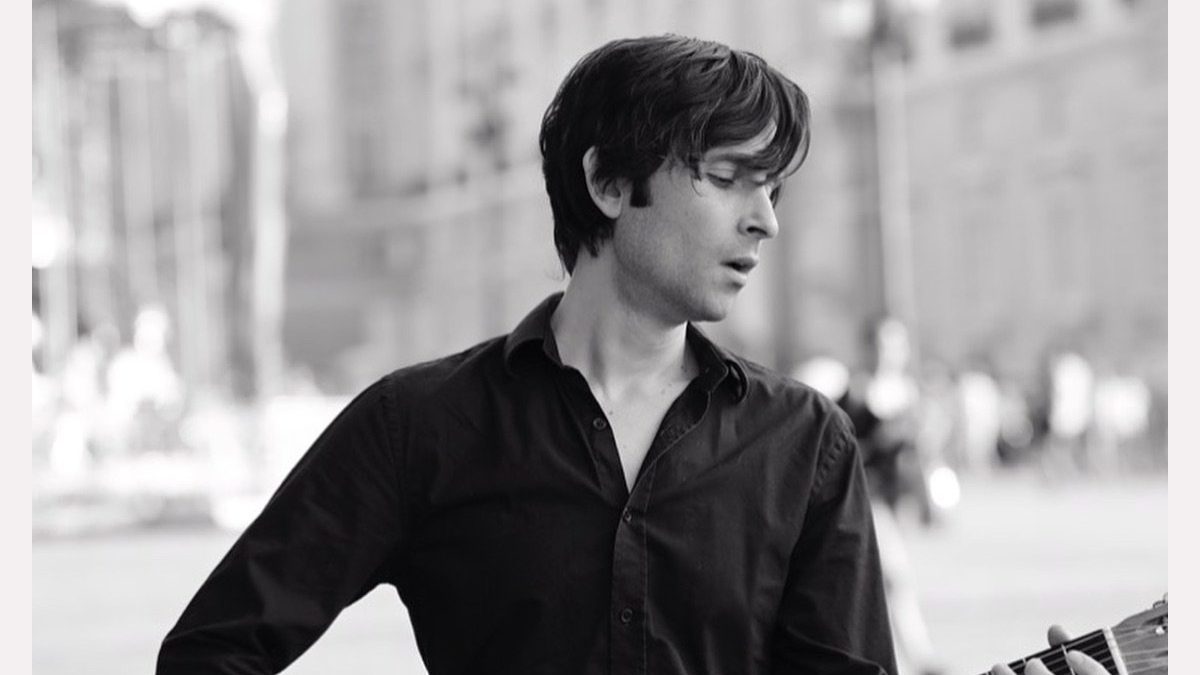 A couple of weeks ago I reviewed “Love U Blind” from Binary Drift (aka Mauricio Yrivarren). That was a New Wave Disco romp with a funky bass and some wah-wah guitar. On his new track, “A Song for Vampires,” Mauricio has traded the mirrorball for a couple of acoustic guitars and a Bossa Nova beat.

The result is a jazzy little number featuring stellar musicianship, and a cool vibe. It is a warm and organic sound. I imagined myself sitting in a coffee shop in Rio, sipping espresso and enjoying an acoustic Binary Drift jam.

At the heart of the song is a lone rhythm guitar and Mauricio’s voice. The mood of the tune is different than his last, but that smooth tenor and cool lyrical visuals remain and are in full form here.

This is a breakup song, which is pretty standard fare for songwriters. However, Mauricio’s writing style owes as much to the beat poets as it does the Brill Building. The meaning of lines like, “I’ll dress you up in fire, if you stick around,” or “no one knows you in Hell,” may not be apparent, but the imagery is undeniable.

Conga drums, a shaker, and lead acoustic guitar take turns dancing around the rhythm and the voice. About halfway through the song, a flute joins the mix. From that point forward, the flute and the lead guitar double each other. It adds a really nice jazz flare to the moment. I love it.

“A Song for Vampires” is one of a series of singles being released from the Binary Drift album “Pocket Tunes”. It is a great listen. Click the links below for more.

Here is what Binary Drift says about “A Song For Vampires”…

This is a bossa nova song with elements of jazz and R&B, and its lyrics touch upon a break up, solitude and the hope of winning back with that person. Like an apology almost.

Binary Drift is the solo project of songwriter Mauricio Yrivarren. Music had been in the back-burner for a while (too long) as he had grown tired of “chasing” songs that did not have a real feel. Originally from Lima – Peru, and after many years in the US he moved to Madrid back in 2010.

In late 2017 he met Spanish producer Josemi Sánchez -who has worked as a session & live musician with the likes of Alejandro Sanz, Raphael and Miguel Rios- and after a quick conversation they started working on the songs that would eventually become the album “Pocket Tunes”. “It had been ages since I had picked up a guitar and tried to write something, until one day I sat on my bed and the songs started to appear, almost by magic. Meeting Josemi and working with him on this record sure was the extension of that. Pocket Tunes explores different genres from brit-pop, bossa nova, disco, and rock. It’s an honest effort and I hope people enjoy it. The joy that these songs can bring about is theirs to keep”.