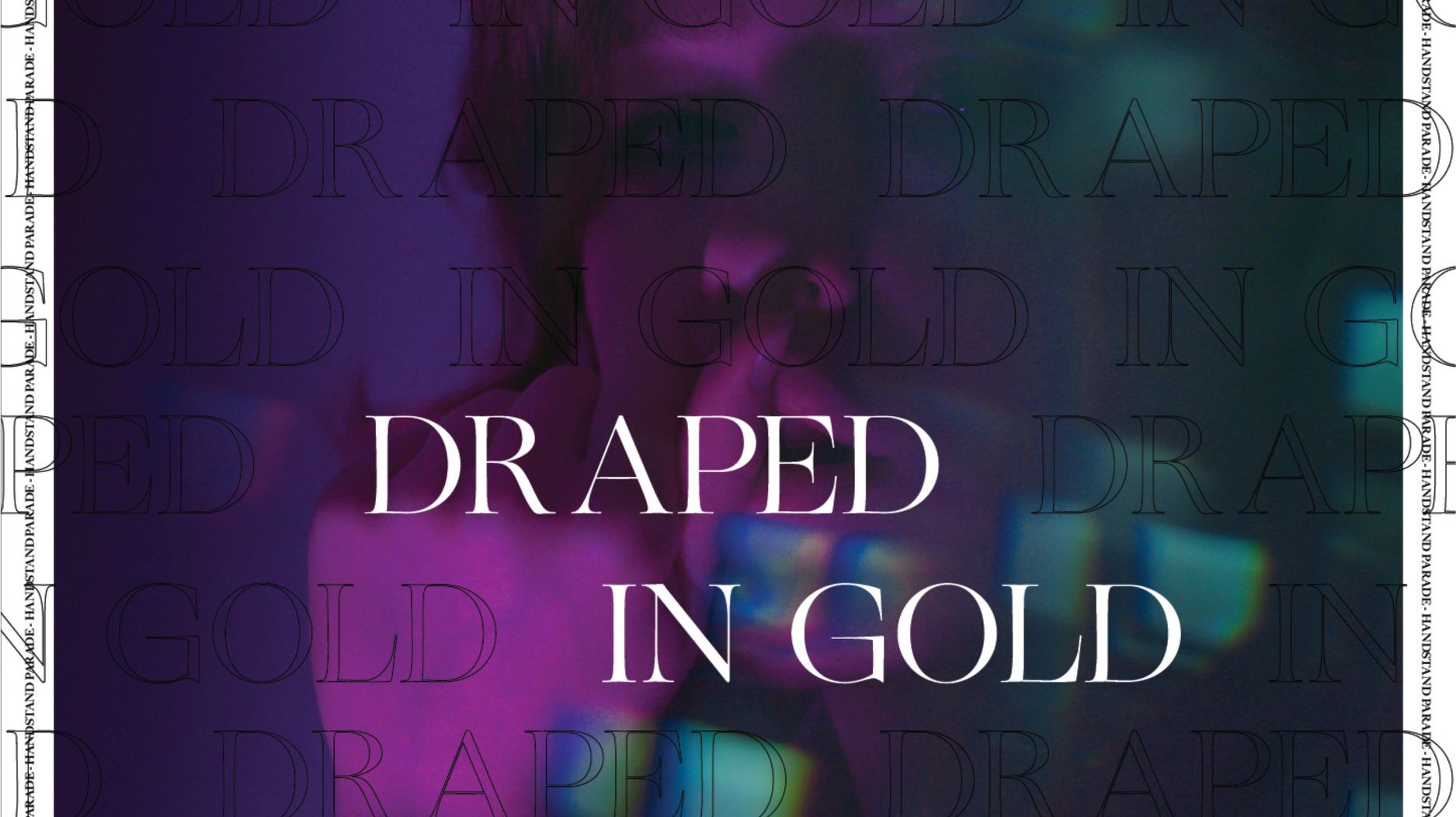 I first heard Reading, England’s Handstand Parade back in March. At the time they had a new single called “Beloved” and asked me to give it a listen. That song was a deceptively upbeat and catchy break-up song. It had an 80’s Alt-Pop sound inspired by New Wave soul artists like ABC.

Fast forward a few months to the present day. Handstand Parade have had quite a year so far. They are receiving heavy airplay on BBC radio and landed big placements at major UK music festivals. Now they are on the cusp of releasing a new EP. The first single, “Draped in Gold” is another bit of Alt-Pop gold with one foot in the 80’s and the other firmly planted in the present.

“Draped in Gold” is an ode to real love, warts and all. It hints at all of the infatuation, fear, and uncertainty that comes with the territory. Or as the song says, “This is what they call real love. This is pain, this is patience.”

The band lists The Smith’s as an influence. You can hear that in the earnestness of Shaquille Howe’s vocals. The production and the performance of the track have a polished but still organic feel. The song’s synth bed, matched with a funky clean electric guitar, remind me a bit of The Fixx but with a more cinematic feel.

Handstand Parade is an exciting new band who are poised for big things. Listen to “Draped in Gold,” and follow the links below to get to know them better.

Founded in Reading, England, Handstand Parade are an Alt/Indie-Pop Band focused on doing everything a little different. With a huge number of influences from The Smiths and Joy Division to Nile Rogers and everyone in between, past and present. The musical wealths between the band members come together in this musically progressive union.

The band have played together for 2 years starting with their debut EP “Mourning Youth” recorded by top producer Michael Smith (Wolf Alice, Honey Lung, Third Lung, Faers). This lead the band to multiple BBC Introducing interviews and slots at BBC Events. The band then followed up with their latest single “Beloved” and have had the privilege of having all their tracks played by BBC Introducing and have had air time on Radio X and BBC Radio 6.

Handstand Parade are currently recording their new EP “Who Loves You Now” at RYP Recordings with a release planned this year and have been booked onto multiple major festivals in 2019.