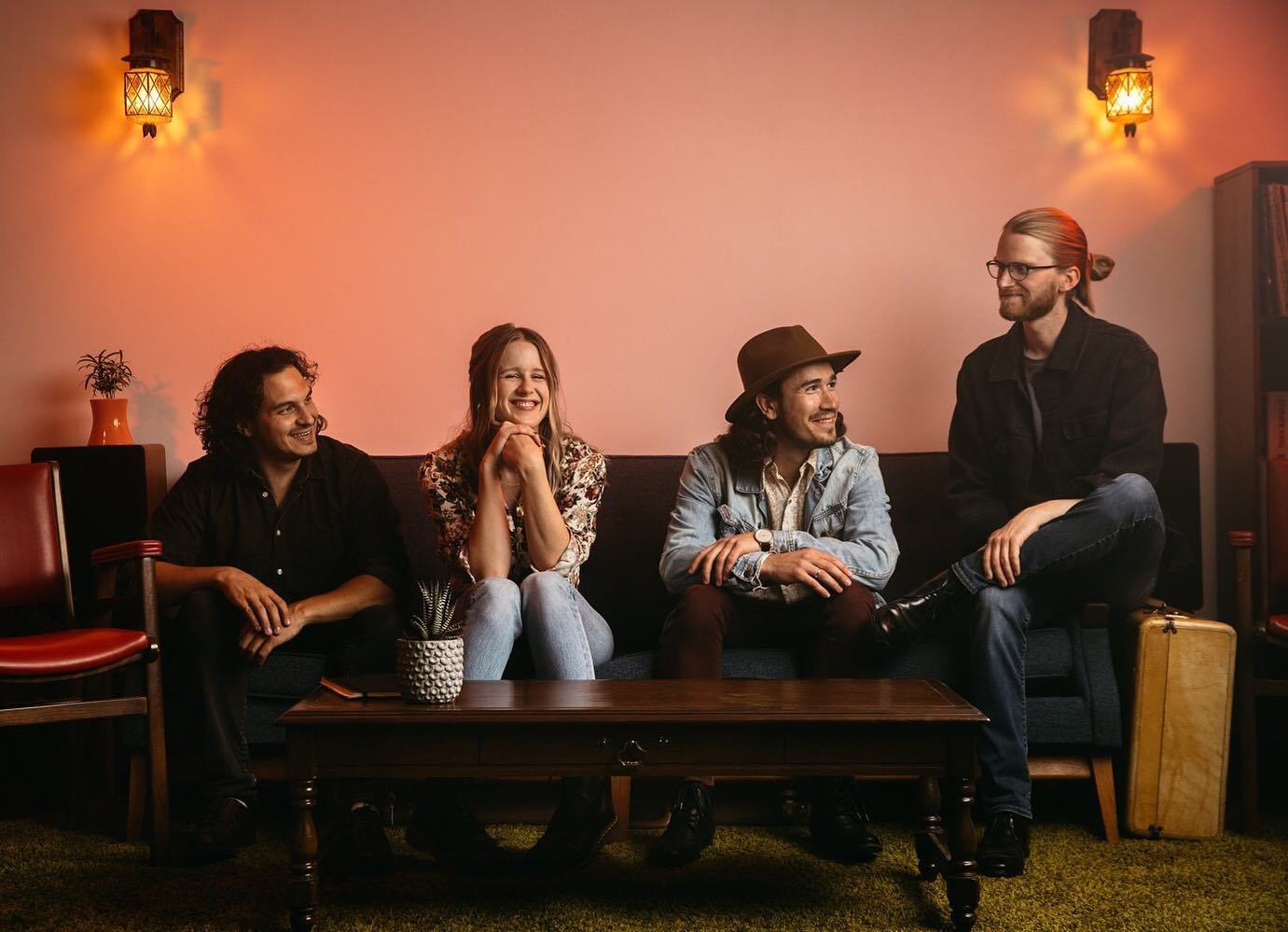 Canadian Rock band, The Den is bringing a classic, analog sound to our digital world. Working with producer/engineer Doug Organ, the group released the two singles “Halcyon” and “Enemy” in the Fall of 2017. They spent the next few months honing their live show. They headlined their own tour and opened up for acts like Tokyo Police Club, Low Roar, San Fermin, and the Elwins.

In the summer of 2018 they hit the studio again to begin an eighteen month writing and recording project. Their new single “Highway Bloodline” is the first peek into the resulting album, “Motions.” The track is a perfect mix of vintage sounds, modern production and beautiful musicianship.

The band’s bassist/keyboardist, Doug says, “the album is a mixture of many influences, many of them from our individual childhood nostalgic memories. Influences range from blues to obscure classical music, from Supertramp to War on Drugs, from Vulfpeck to Hannah Cohen, etc.”

A bluesy Stratocaster riff opens “Highway Bloodline” and sets the tone for this Americana-tinged slow groove. Bass, drums and electric piano join the mix with a great natural room reverb. Every one of the band’s four members play vintage instruments. The entire sound is smooth and organic. The band flows like a funky 10,000 Maniacs. At the heart of the track is lead vocalist Mollie’s beautiful breathy voice. She tells a tale that is one part road tune and one part love song as she sings, “I would drive all night, to feel a heartbeat next to mine.”

“Highway Bloodline” is an excellent song, and an exciting preview into what The Den has in store. Check the song out on Spotify and follow the links below to connect with the band. Stay in the loop on all of their current and future projects.

Listen to The Den on the Deep Indie Dive playlist