The Arthurs Catch a Deep Wave – Something With Oceans 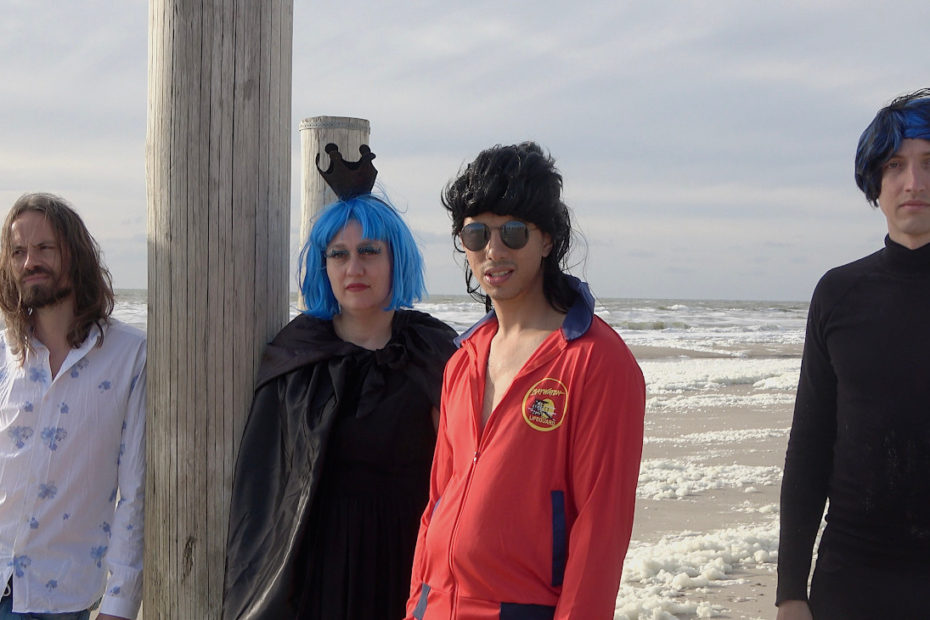 The Arthurs are back with a brand new single, “Something with Oceans.” They are an Alternative/Indie Rock band from Amsterdam/Rotterdam in The Netherlands. The group debuted in 2017 with the album “When I’m Sane.” The Dutch press and fans loved the record which was essentially a solo album by lead guitarist and vocalist Robin den Drijver.

With the success of their debut, Robin and drummer Jetske Blonk decided to complete the line-up. Fast forward to 2020, The Arthurs now include lead guitarist Dylano Hahury and bass player Martin Memelink. They are currently working on their second album which they expect to release in December 2020. They’ve dropped a few singles in advance of the record. Regular readers of The Static Dive will recognize the band from their single “Void.” That was a song about loneliness and isolation, written and recorded in quarantine.

For “Something with Oceans,” The Arthurs have gotten out of the house and hit the surf. However, this is no Beach Blanket Bingo. The band’s dark and moody classic Alt-Rock vibe is fully intact. With its wide-open jangly guitar sound, air-tight rhythm section and reverb-soaked vocals the song conjures the ghosts of Alternative pioneers like REM and The Alarm. De Drijver sings stream-of-consciousness lyrics of figurative hurricanes and dark waves in a cool, mellow tone. It’s a mood.

Throughout the track, Hahury plays some really slick lead guitar. Mixing low surf-rock riffs with harmonized leads and twangy bends, it is a perfect match for the band’s ethereal yet energetic groove. The song’s accompanying video has some fun with the aquatic theme. If Frederico Fellini was to direct an episode of Baywatch, I think it would look a little something like this.

You can hear “Something with Oceans” on the Deep Indie Dive playlist. And follow the links below to connect with The Arthurs. Stay in the loop on all of the current and future releases.

Something With Oceans on the Deep Indie Dive playlist