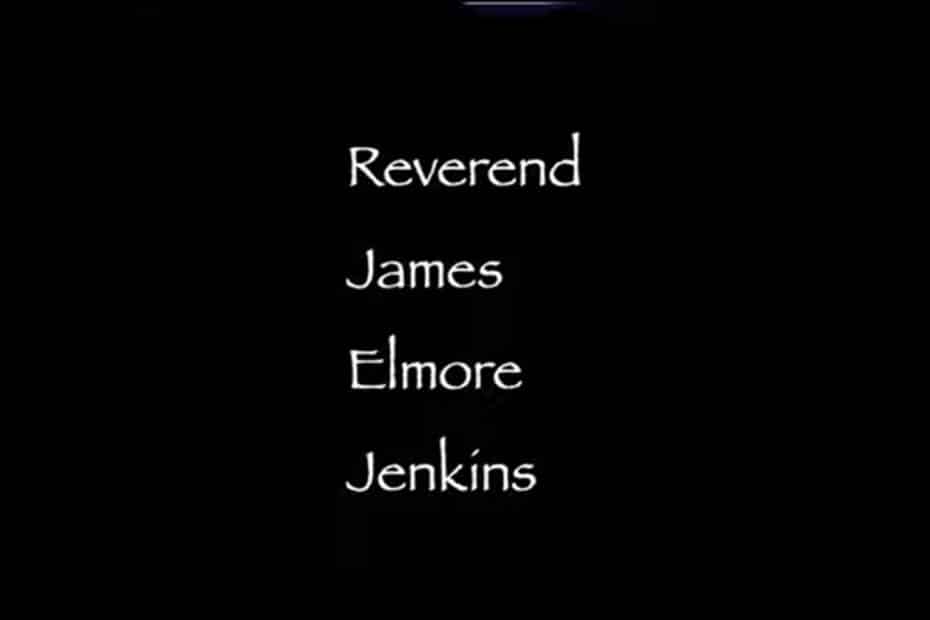 We first heard from Reverend James Elmore Jenkins in September of last year upon the release of his five song EP “Side A.” That record introduced us to the timeless sound of the Tennessee native turned South Carolina preacher. Jenkins’ music lives in a creative and cultural space between Country, Blues, Folk, Gospel and Rock & Roll. He makes distinctly American music, brewed for generations south of the Mason Dixon line.

“Side A” was released at the peak of the pandemic, and in many ways the record was a reflection of those trying times. The EP explored the darkness and offered a helping hand. Although the Reverend’s music is not traditional Gospel, his faith is never far out of focus. After a series of tragic tales and bitter truths, “Side A” ends with a reminder that the carpenter from Nazareth is there when we need him.

“Side B” is Revenend James Elmore Jenkins latest EP, released worldwide to all major streaming services on April 1, 2021. As the title suggests, the record is a sequel of sorts. However, it is not simply a chronological follow-up. If “Side A” was a reaction to the very obviously bad news outside of every window, “Side B” reflects the uncertain state of life in 2021. Are we cautiously optimistic? Are we hopeful? Are we terrified? Yes, to all of the above. We’re not in it anymore, but we’re not out either. “Side B” reflects that confused reality back to us.

The record opens with “Rise Up!” Musically the song hums with a spiritual and multi-cultural vibration. The droning sustained tone at the heart of the track could be from an aboriginal didgeridoo or an Indian sitar. In either case, when combined with James’ Delta Blues slide guitar it give the track a Robert Johnson meets Ravi Shankar vibe. Meanwhile Jenkins sings an emotional and inspirational message to rise up from the darkness. “Broken Radio” follows with a wildly creative mix of Indie Pop, Lo-fi Folk and Gospel. Lyrically the song perfectly reflects the confused optimism/uncertainty of 2021.

“City of God” is easily the most traditionally religious track on the record. With its combination of acoustic instruments, sing-along vocals and mixed percussion, the track feels like a live recording of an old-time Southern Revival. The record closes on two songs that would sound right at home in the Bob Dylan songbook.

“The Unwritten Song” is a rolling and percussive organ blues that brings to mind Dylan’s early electric work with The Band, as James delivers an epic meditation on time, movement and potential energy. “Dark Rooms” harkens back to Dylan’s great acoustic love songs. Jenkins sings a soulful breakup song delivered with the deep poetry of lines like, “Out behind the mountains, there are so many sunsets to come.” It’s beautiful stuff and a perfect way to close out a richly nuanced collection of songs.

Check out “Side B” below. You can hear “Broken Radio” on the Deep Indie Dive and “Dark Rooms” on the Deep Indie Songwriters playlists. Follow the links below to connect with Reverend James Elmore Jenkins and get in the loop on all of the current and future projects from this richly talented songwriter and performer.