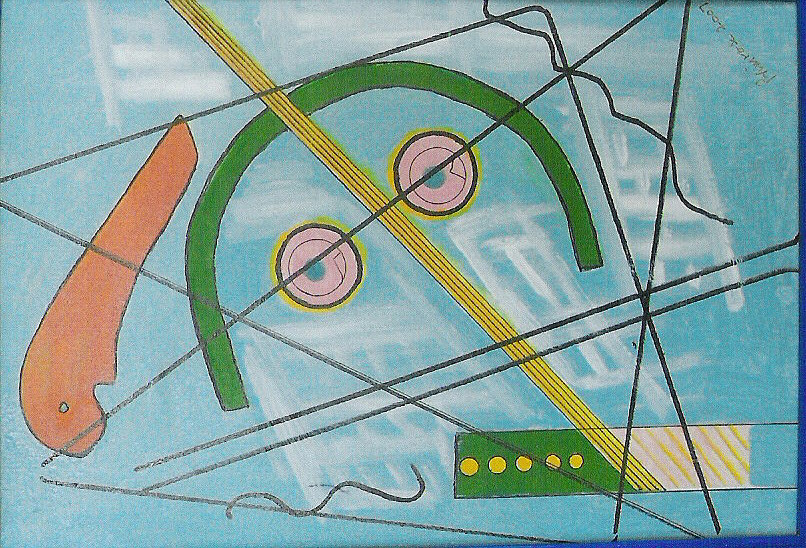 We first heard from Robert Shrigley Woolf last month upon the release of his single “Artificial Intelligence.” That track introduced us to a veteran singer, songwriter and musician from Colwyn Bay in North Wales, United Kingdom. Shrigley has spent the last 25 years writing and performing his songs with various musical projects in his region. Early in 2021 the singer launched a new solo project with a series of songs released to SoundCloud.

In collaboration with musicians Marianne Holland and Martin Eve from the band SupaNova, Woolf has produced a handful of Science and Sci-Fi related tracks. His new music calls on the Classic Rock artists who have inspired his career. Similar Space-Rock perpetrators like David Bowie, Peter Gabriel, Pink Floyd and Radiohead have influenced the sound of Robert’s latest releases. As such, his songs combine ‘Dark Side of The Moon’ style analog synth vibes with modern experimental Alternative Rock.

“Dark Matta” is one of the more recent tracks from Robert Shrigley Woolf, released worldwide via SoundCloud. The track rolls on a funky Alternative Rock groove and a cool mix of analog synths and guitar rhythms. Meanwhile Woolf delivers a spoken word rap about dark matter. Despite being invisible and almost indetectable, dark matter occupies five times as much of our universe as does the regular matter which we can see (you know… planets, stars, people, etc). Robert addresses this mystery with a bit of fun and wonder. There is also a really nice synth solo in the bridge.

Check out “Dark Matta” below. Follow the links below the music to connect with Robert Shrigley Woolf. Get on his socials and get in the loop on all of the current and future projects from this talented and creative artist.