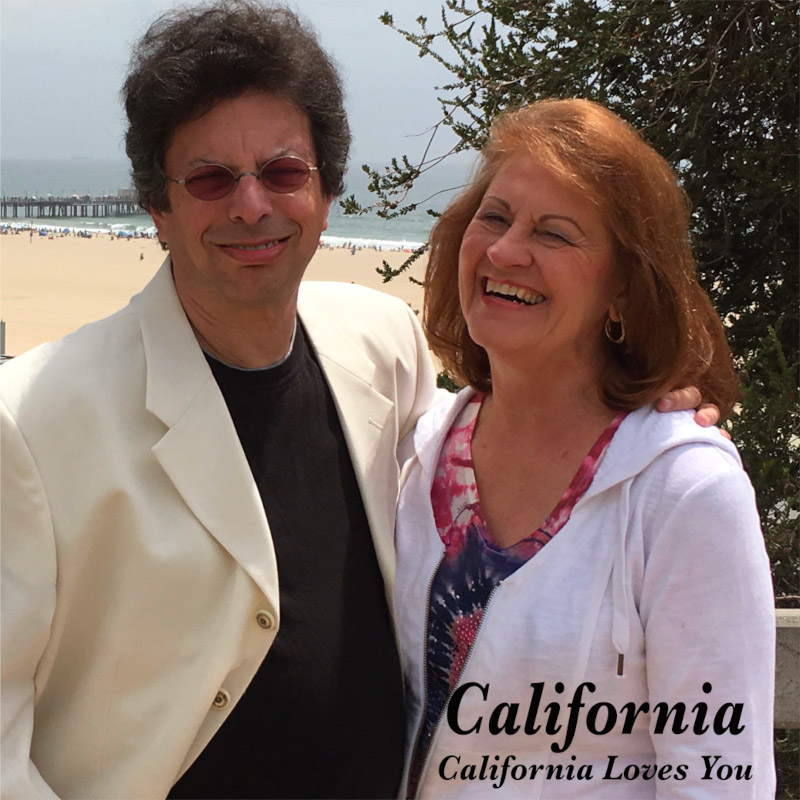 California is the brainchild of singer, songwriter and producer Les Fradkin. We first heard from Les in December of 2021 upon the release of his single “The Cross in the Sky“. That record introduced The Static Dive readers to a music industry veteran who has spent five decades entertaining rock & roll fans around the world.

As a child of the 60’s, Les Fradkin was inspired by the legends of that era, from the British Invasion bands like The Beatles and The Rolling Stones, to West Coast surf rock.  The Bronx native started his career as a staff songwriter for major publishers like MGM. He penned a string of successful singles during that time, including the international hit  “Song of a Thousand Voices”.  He later worked as a session musician before launching his own successful band, California.

The group performed throughout the 70’s and 80’s and had a number of hits including “See You In September”, “Jeans On”, “Summer Fun Medley” and “He’s Almost You”. The band even appeared on Dick Clark’s iconic American Bandstand TV show. In 1976 Les Fradkin signed on to play George Harrison in the internationally acclaimed Beatles tribute, Beatlemania. The show was a Broadway smash until its close in 1979. In the years since, Fradkin has enjoyed a successful career as a producer, songwriter and solo recording artist.

California Loves You is the brand new album from California, released worldwide via all major streaming services on January 10, 2023. The album features Les Fradkin (vocals, mellotron, piano, bass, guitars, ztar) along with his wife and songwriting/production partner Loretta Pieper Fradkin (vocals). On the twelve-song collection, the Fradkins take listeners on a fantastic ride to the heyday of classic Brill Building and psychedelic pop, from the feel-good groove of light-hearted love songs like “Singalong with California” and “Come to Me” to the singer/songwriter melancholy of “We Still Love You”.

Fradkin injects a bit of Byrds energy into the twelve string guitar and vocal harmony vibes of tracks like “Everything’s Gonna Be Alright” and “Take a Chance”. He adds a touch of Bowie to that groove on “Through the Looking Glass”. We step out of the sixties for 80’s-pop nuggets like “Arrow Through Your Heart” and the inspiring “Perfect World”. California even drops some Caribbean moods on the chill “Island”. Regardless of style, at the heart of each track is an infectious pop hook, provided by an artist who has been writing them for nearly 50 years.

Check out the “Perfect World” video by California, below. You can also hear the song on the Deep Indie Dive playlist, or listen to the entire album on your favorite streaming service. Follow the links below to connect with Les Fradkin and California. Get on their profiles and dig into a rich and extensive musical legacy.