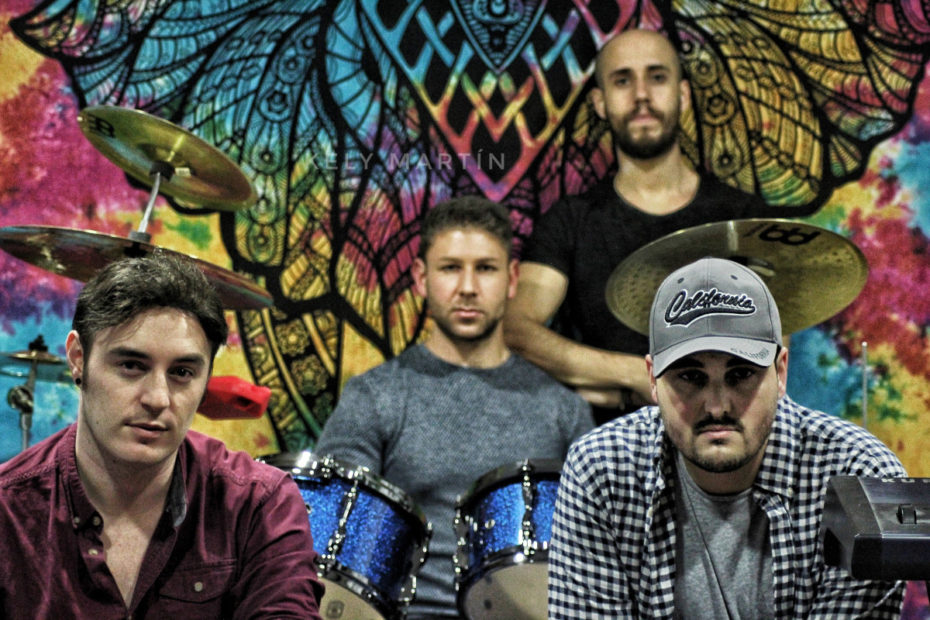 Alpha Circle first made an appearance here on The Static Dive with their debut single, “Circles” in September of 2019. With that record, the four piece band of Rock & Roll veterans from Madrid introduced their upbeat sound. The group mixes a 1990’s Alternative inspired groove with positive lyrical vibes.

The beautiful “Sweet Talking Time” followed in December, 2019 with a tale of heartwarming infatuation and the innocence of new love. Although released only a year ago, both songs reflect the hopefulness of a different time. As the world knows all too well, 2020 took us down a darker path. But hope springs eternal. With vaccines on the way and new leaders on the world stage, 2021 looks promising.

Right on time, after a year of silence Alpha Circle returns with a new optimistic rocker. “Groovin” is the band’s new single and their first of 2020, released December 18. With new energy and a new record contract (Spanish indie label TRK Music), Alpha Circle delivers exactly the right message for fans starved for live music.

“Groovin” is an uptempo Indie Rock ode to the simple joy of going out to a club to see a live band. From choosing the right t-shirt to hitting the dancefloor, every step of lead vocalist Lee Chamberlain’s narrative fills a void that music fans everywhere are feeling. Meanwhile the members of Alpha Circle bang out a perfect Pop/Rock groove, prepped and ready to hit the club.

Check out “Groovin” on the Deep Indie Dive playlist. And follow the links below to connect with Alpha Circle. They have plenty of new music planned for the new year. Get on board.