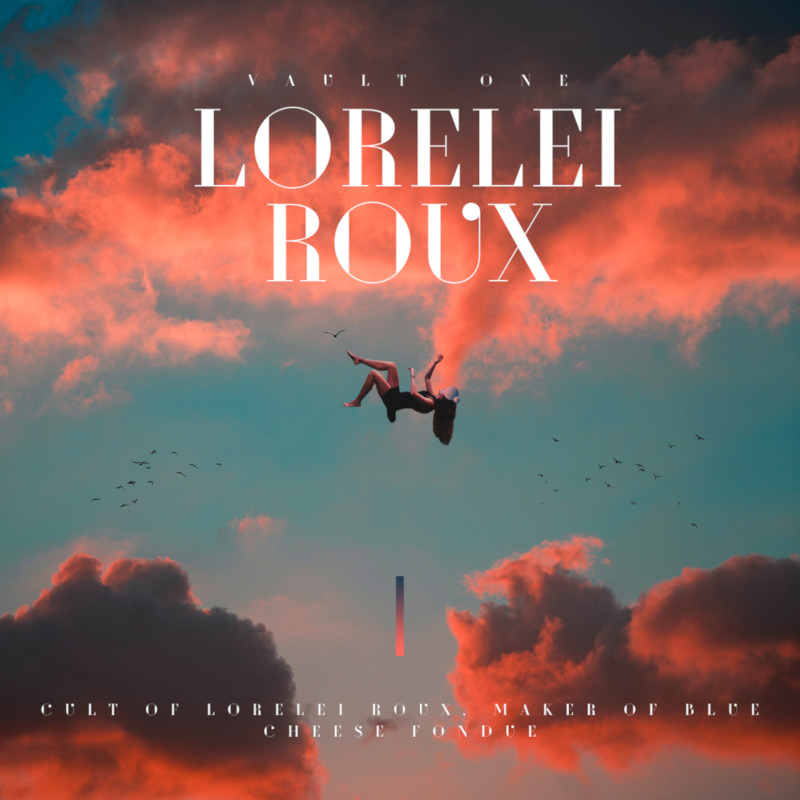 Lorelei Roux is an enigma. Regular readers of The Static Dive will remember the eclectic western NY-based composer/producer from tracks like “Unstoppable“, “Go” and the albums New and Improved and Erisian Ear Candy and the Depths of Inner Dimensions Sweetmorn Discord 18th, Yold 3188.

The music of Lorelei Roux is a fabulously unclassifiable mix of styles. We often refer to artists as ‘genre-bending’ but the term is hardly sufficient here. In Lorelei’s universe genre is irrelevant. Her music spins the analog and digital into a beautiful instrumental hybrid that changes form with each composition.

Vault One – Cult of Lorelei Roux, Maker of Blue Cheese Fondue is the brand new album from Lorelei Roux, released worldwide via all major streaming services on September 29, 2022. The 15-song collection is an immersive listening experience that draws us into the composer’s wonderfully weird world of healing tones, psychedelic vibes and sexy afterhours dance jams.

Our journey begins with the 8 minute lo-fi trance of “Babes of the Abyss”, featuring the existential poetry of Luxum Tenebra. From there the record continues to evolve and transform as it works its way through our subconscious.

At times the sound recalls the music of similarly experimental instrumental artists like Four Tet or Amon Tobin. Tracks like the hypnotic “Violet’s Lullaby” and the gorgeous “Misty Morgan Melody” use organic minimalism and melody to create a quiet safe space. However, we know that settings can change at any moment. There is a sense of danger in the grooves between tracks on a Lorelei Roux album.

“One Spindle” and “Mystery of the Janitor” introduce a cool 70’s bass guitar funk while tracks like “Trapped in Silk Intermission” float on a cloud of 80’s synths. Luxum Tenebra returns for more esoteric transcendentalism on “Self Entrapment (Remix)” and the mesmerizing “Laundromat”.

For the album’s final act we hit the dance floor. The record closes with four wildly creative EDM tracks, beginning with the fantastic glitchy schizophrenia of “Lipstick and Glitter, Bitches.” We then dig into some deep and progressive house grooves on “Are You Gonna Love Me?” and “Living 100”. And a journey that began with quiet introspection ends in an uninhibited dance party on the fab “Whip That Ass!” featuring guest vocalist Kele Le Roc as the sexy rave ringmaster.

Check out Vault One – Cult of Lorelei Roux, Maker of Blue Cheese Fondue below, or listen on your favorite streaming service. You can also hear the tracks “Web of Winter” and “Misty Morgan Melody” on the Deep Indie Chill, and “Whip That Ass” on the Deep Indie Dance. Follow the links below to connect with Lorelei. Get lost for a while.